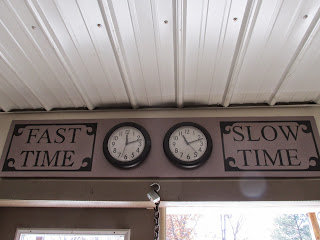 Pellyton is an unincorporated community in eastern Adair County,Kentucky, United States. Its elevation is 741 feet (226 m)
The above is the sparse entry in Wikipedia for the area which will be our new home.
Pellyton is located near the line dividing the Eastern Time Zone from Central Time Zone.
In Adair County we early learned to ask if an appointment was made in a neighboring county, whether we were expected to arrive on 'fast time' or 'slow time.'
The clocks and signs are posted over the entry door of The Mustard Seed, a small 'mom and pop' store and cafe located between two roads which follow the creeks into the 'hills and hollers.' 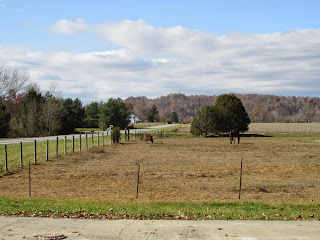 Looking down the main road from the Mustard Seed parking lot earlier in the week.
We have taken to stopping in for a sandwich or pizza when we are trucking back and forth from our present home to the Amish houses.
On this trip while Jim and Howard laid out plans for plumbing the lower house, I planted the peonies and iris which have languished over the long summer in pots.
When I dug them in April, the plan was [of course] to set them out at our present house.
While I did start a flower border along the front porch, using mostly divisions from my Gradyville garden, I found that a sprawling network of maple roots interfered with my plan to enlarge the small plot near the driveway.
I managed to poke in some tree lilies, but gave up hacking between the heavy tree roots.
A raised bed situated along one end of the leather shop at the new property was easy to work, so I settled the peonies there.
I was pleased to find that although the foliage had died back all the tuberous roots showed signs of vigorous life. 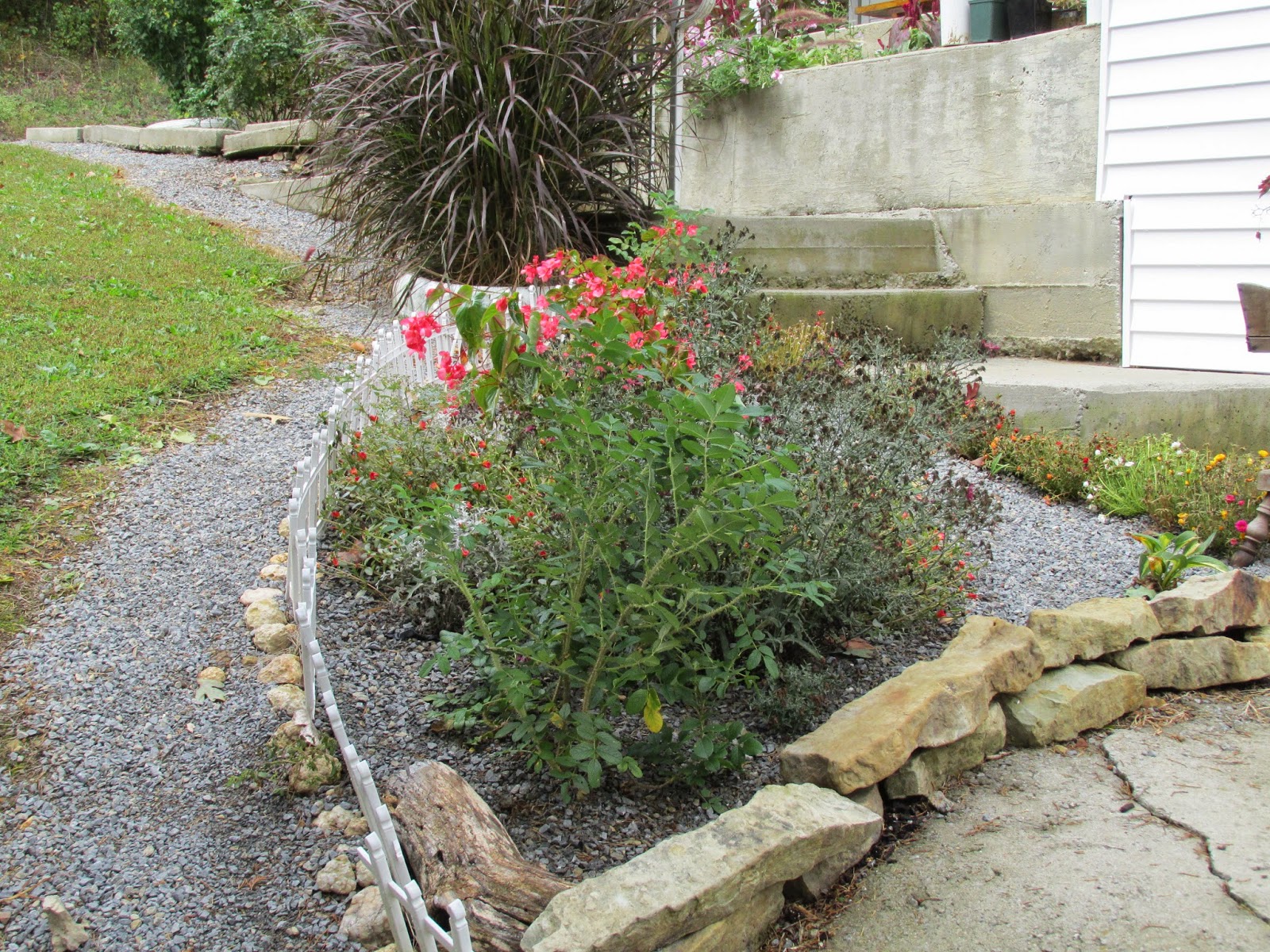 The side hill on which the smaller Amish house house sits has rather shallow gravelly soil, but several compact beds have been created with brought-in topsoil layered over landscape fabric.
I set out my cherished small plants of lavender and thyme as edging--hoping they can settle in and survive the winter.
[The above photo was taken in early October when we first viewed the house.] 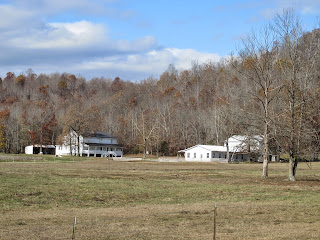 An Amish homestead which is just to the right of the pasture seen in the previous photo.
Pellyton has had a flourishing Amish community for at least 25 years.
Mose Miller tells us at one time 52 families lived in the area.
Some returned to their home states of New York and Ohio--others migrated to Tennessee. 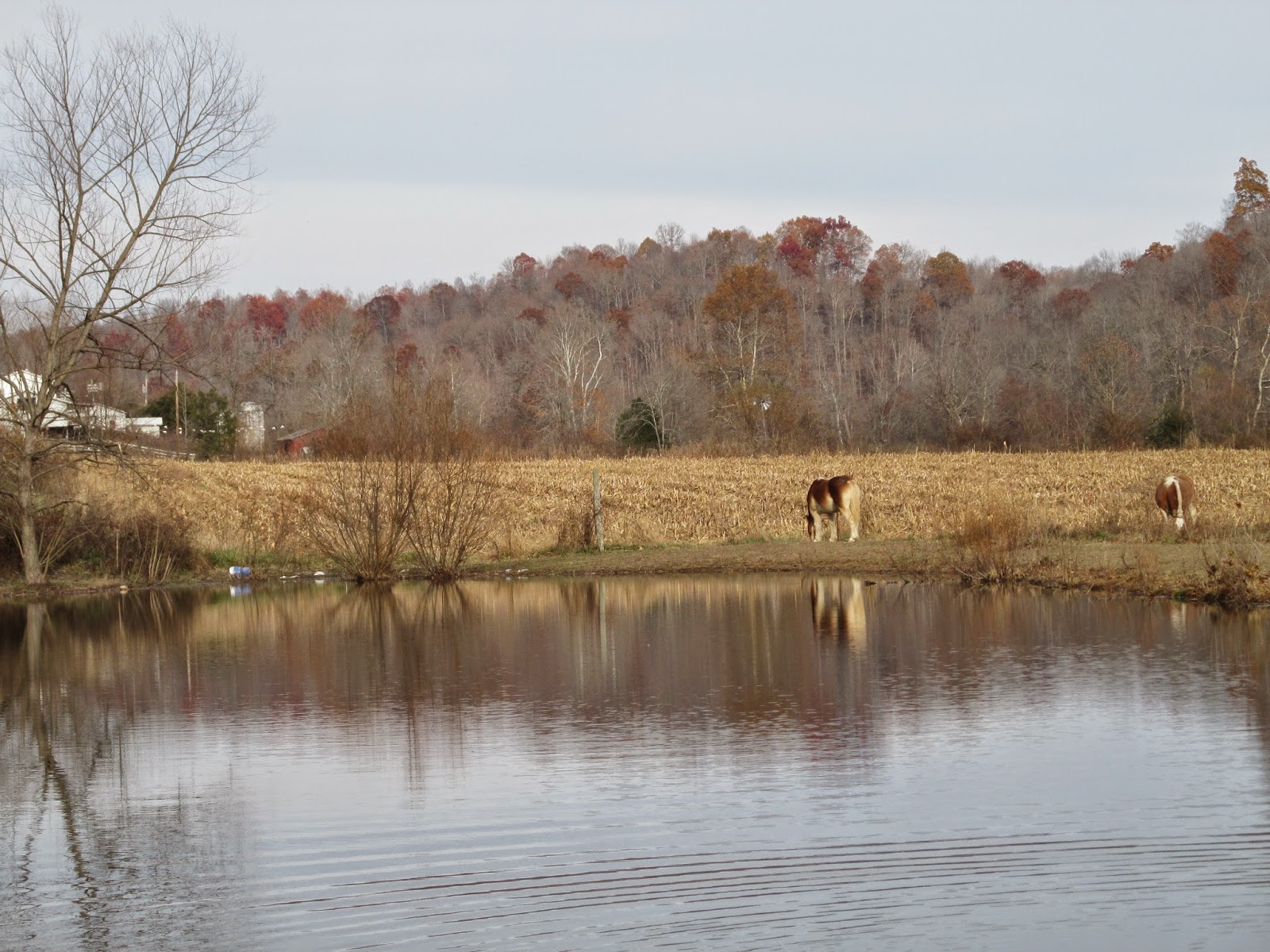 Today at noon we drove to Pellyton, parking the car at the 'big house' and crossing the road to explore the big corn fields so recently harvested.
We trekked up into the woods, crossing Spruce Pine Creek on a gravel bar.
We followed a wavering fence line along the width of the property.  We've been told that in places the boundary lines extend farther up the ridge.
We didn't venture there today--Jim is hoping he can persuade Mose Miller to 'walk the lines'
with him.
The Miller's team of Haflingers watched us for a few moments then returned to calmly chomping the frost-bleached grass. 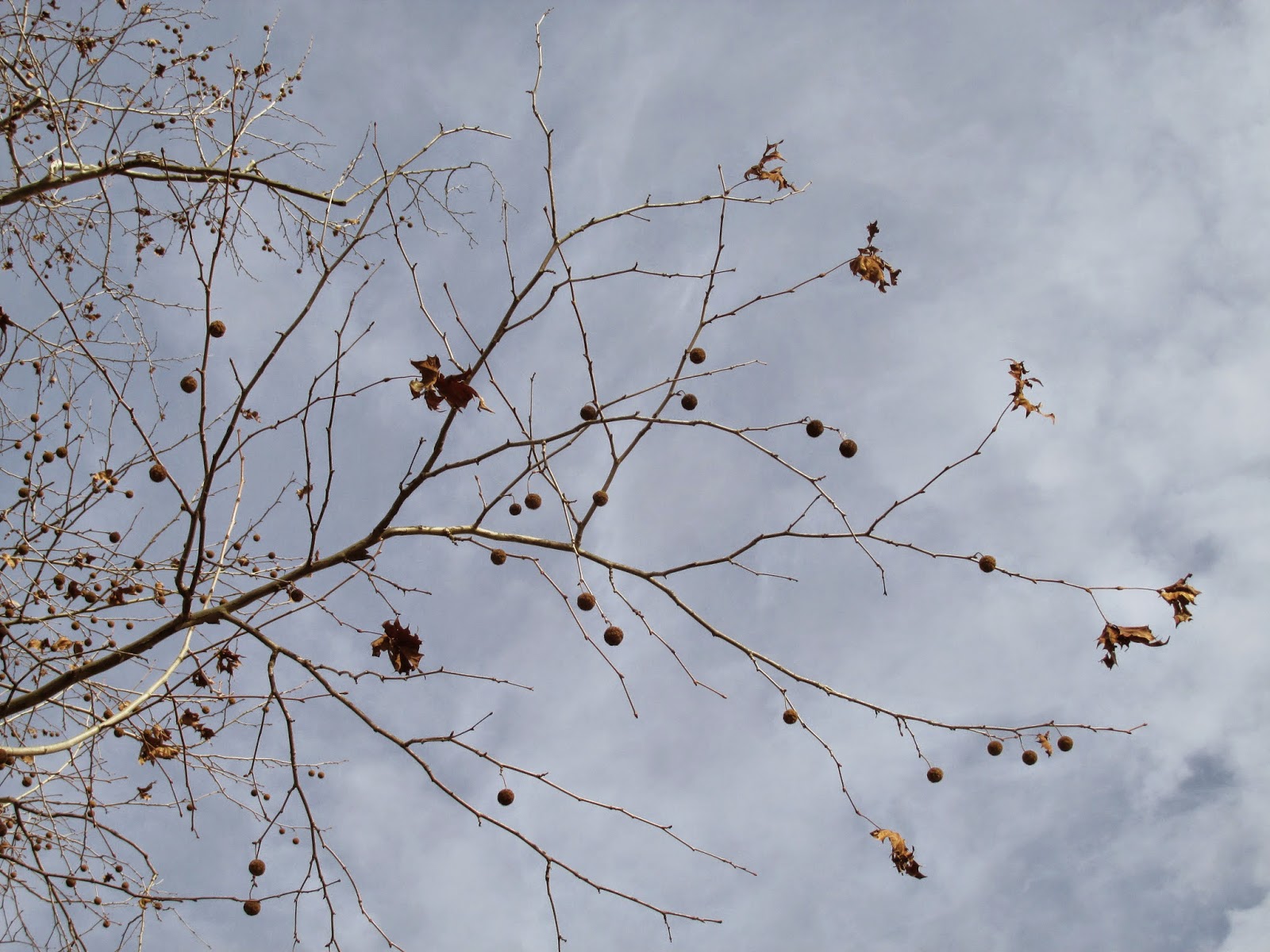 There are many sycamores along the creek and scattered amongst the maple, beech and oak of the woods.
The seed balls dangle like bobbles from the twigs of the mature trees.
Sycamore is sometimes called 'buttonwood'--from the days when buttons for clothing were shaped from the branches.
Thus we have 'button balls' as an alternative name for the seed/fruit. 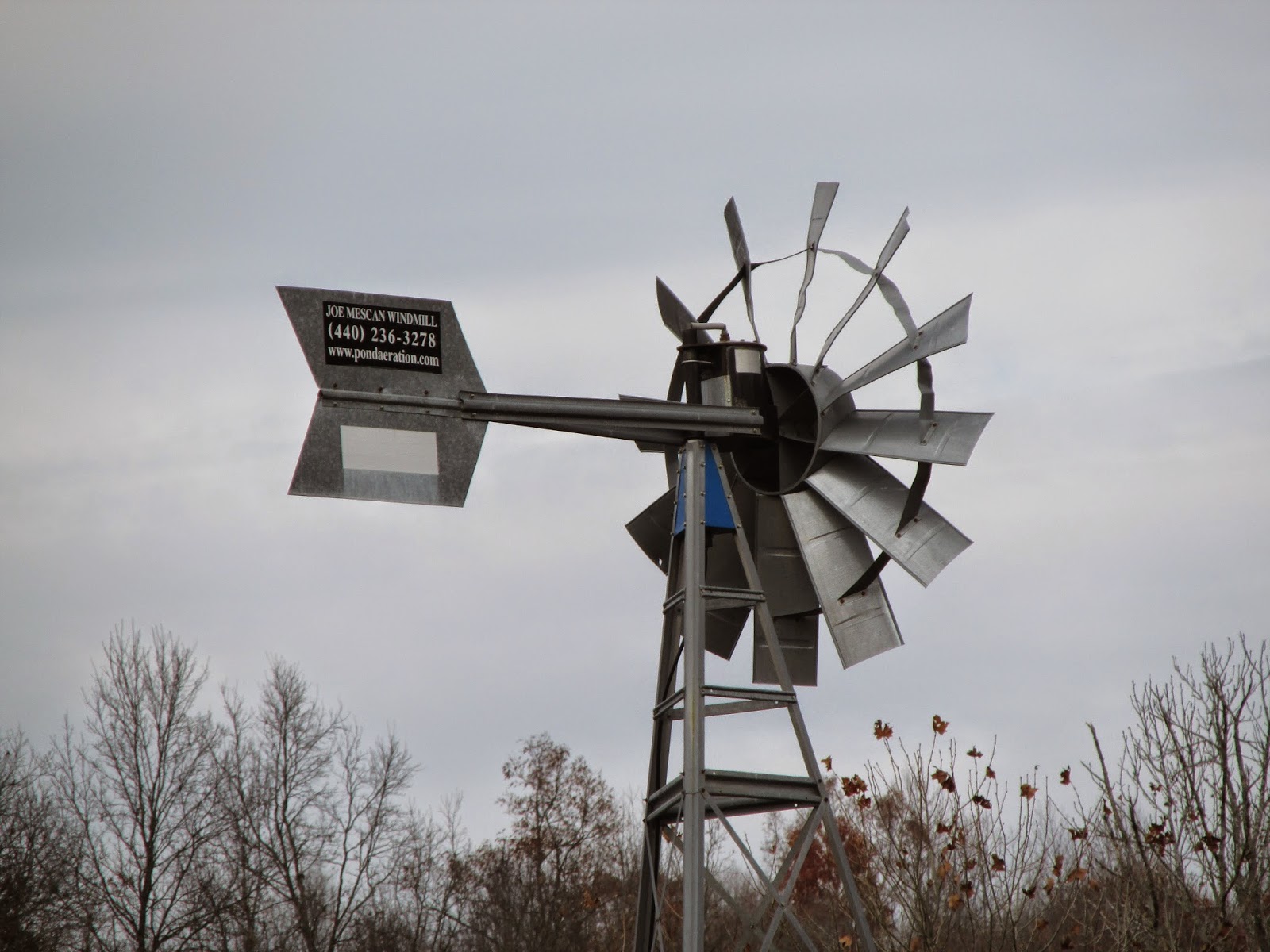 Across our boundary line a windmill can be used to pump water from the pond.
As we tramped across the cornfield on our way back to the car, Jim remarked, 'Isn't it nice to have woods again!'