The Edge of Winter 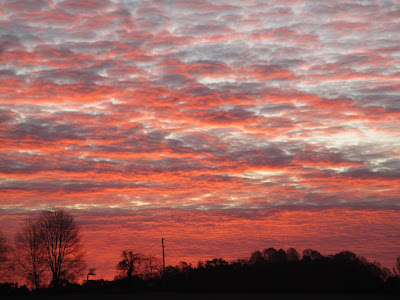 Sunrise
My first act on leaving my bed in the morning is to cross the great room floor, pull back the heavy linen curtains and raise the blinds on the two east facing windows.
Sunrise occurs a bit later each morning. This week only a faint glow of dawn rims the sky at 6: 30.
It is 7 or after when the full glory of the rising sun briefly explodes. 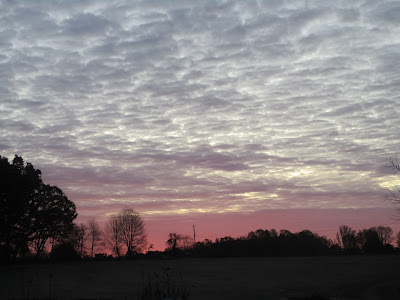 In the time it takes to walk back to my desk and return to the door with my camera for a second shot, the patterns and colors have shifted. 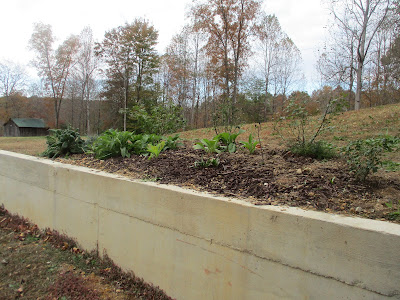 It was pleasant, if not sunny, on the two afternoons last week when I worked to tidy the plantings along the retaining walls.
The roses have all been pruned, a few weeds tweaked out.
I was pleased to note that I have 13 [!] little clumps of 'pinks' established at the far end of the border. The tiny plants took heart from rain and cooler weather and appear sturdy enough to winter over. 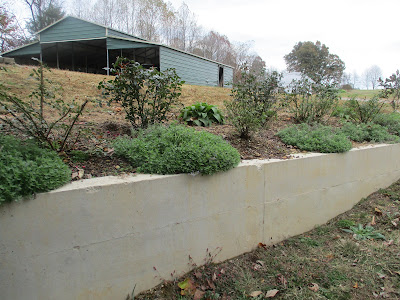 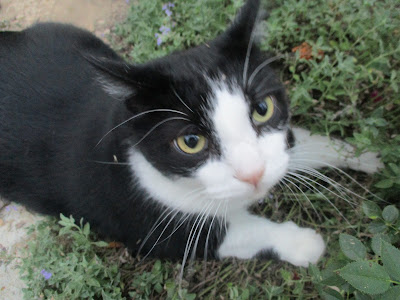 Garden nepeta is a close relative of catnip;  the foliage has a distinctive scent, sweeter and muskier than its rustic counterpart so beloved of most felines.  Edward -Cat is quite fond of this and if he is anywhere about when I disturb a plant, he throws himself into it, wallows and thrashes dementedly. 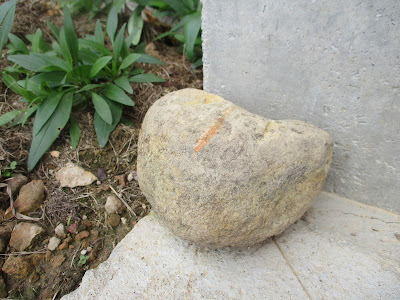 I scuffed this heart-shaped rock out of the fallen  leaves during one of my trips to dump prunings at the edge of the south ravine. 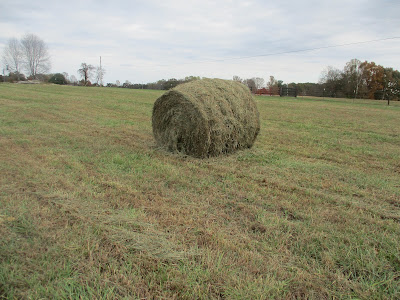 Before the first frost David Beachy appeared with farm machinery to cut the field again.  This last growth of the summer was light, due to the long late summer drought, but one bale was gleaned to be trundled off for the Beachy's cattle. 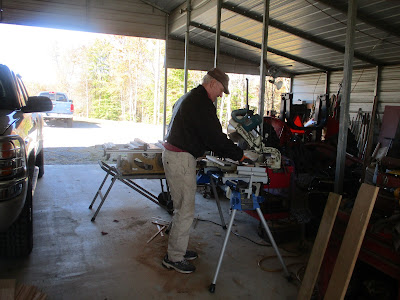 Jim has been planing lumber in the barn, some of which has come inside for shelves in the basement.
That area [the back underground end of the basement] has finished nicely. There are now sturdy shelves for canned goods, a large work counter with storage. Walls and ceilings have been covered in a pale grey wood-grained sheeting.
I have begun the somewhat daunting task of opening bins and boxes to sort everything from sewing tools, fabric and projects to books [more books!] extra bedding and oddments, some of which need to be collected and taken to the local Goodwill.
The sunny downstairs living area is still a muddle of furniture and items which have yet to find their proper place.
Yesterday I decided to move a heavy vintage cupboard from one side of the room to the other. I got a rug under one end of it and began tugging.
Jim walked past with an armload of tools to store in the shed.
"I'll help you move that when I'm done sorting tools."
I was in that mood where something needs doing now, and I continued to push and drag on the cupboard until I had it nearly across the room
At that point I had to concede that I undone the 'adjustment' my chiropractor accomplished on Monday.
Jim appeared later to position the cupboard and to scold me for my stubborness. 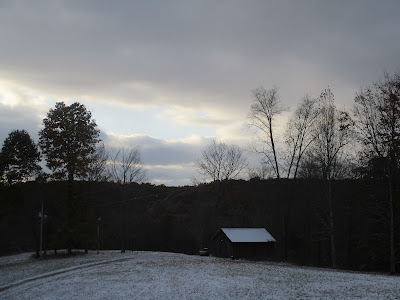 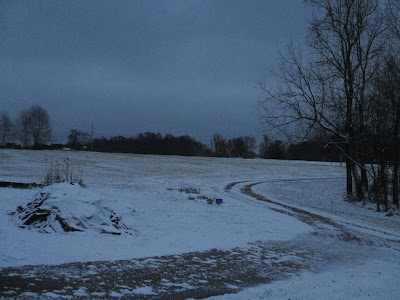 I bundled up for my morning chores--kibble and water for the outside cats, litter boxes to tend.
We were glad  to be snug indoors.  I read much of the day, Jim sequestered himself with his TV. 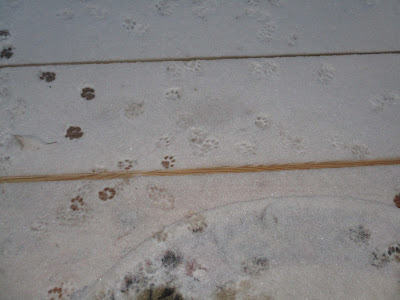 The cats demanded to go outside, stepped into the snow, shook their paws. 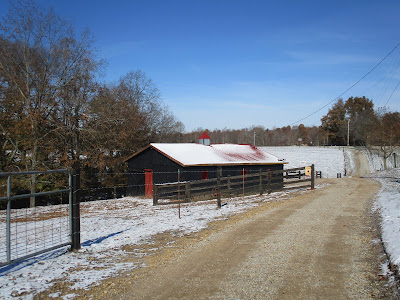 The walk to and from the mailbox at the head of the lane has been chilly--better when the sun shines. 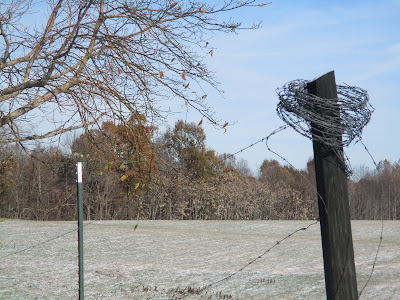 I sometimes remember to take the camera with me, awkward to handle, pulling off gloves, getting chilled fingers. 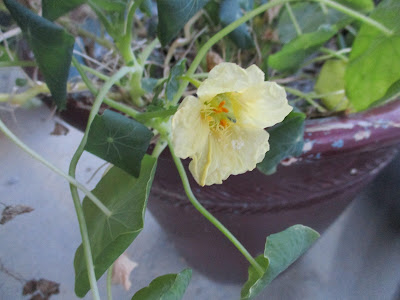 The tub of nasturtiums on the back porch held up through several frosty nights.
Yesterday morning there was the surprise of one final bloom, short-stemmed and stiff with a coating of ice. 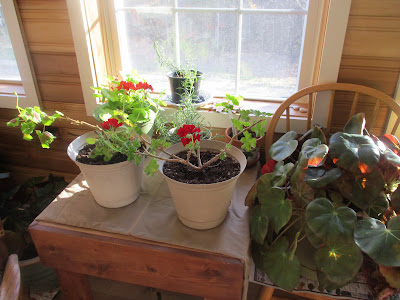 Geraniums, small rosemarys and begonias are crowded into the sun room. 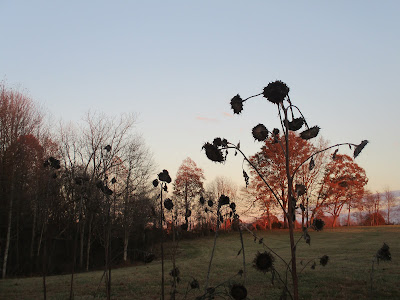 The remains of the garden are bleak, the August-planted kale, broccoli and cabbages seared with frost and snow, not having reached full maturity.
The brown heads of sunflowers stand starkly in the glow cast by the early setting sun.
Weather and seasons defy the calendar pages.
We are more than a month away from the solstice, but we have felt the edge of winter.