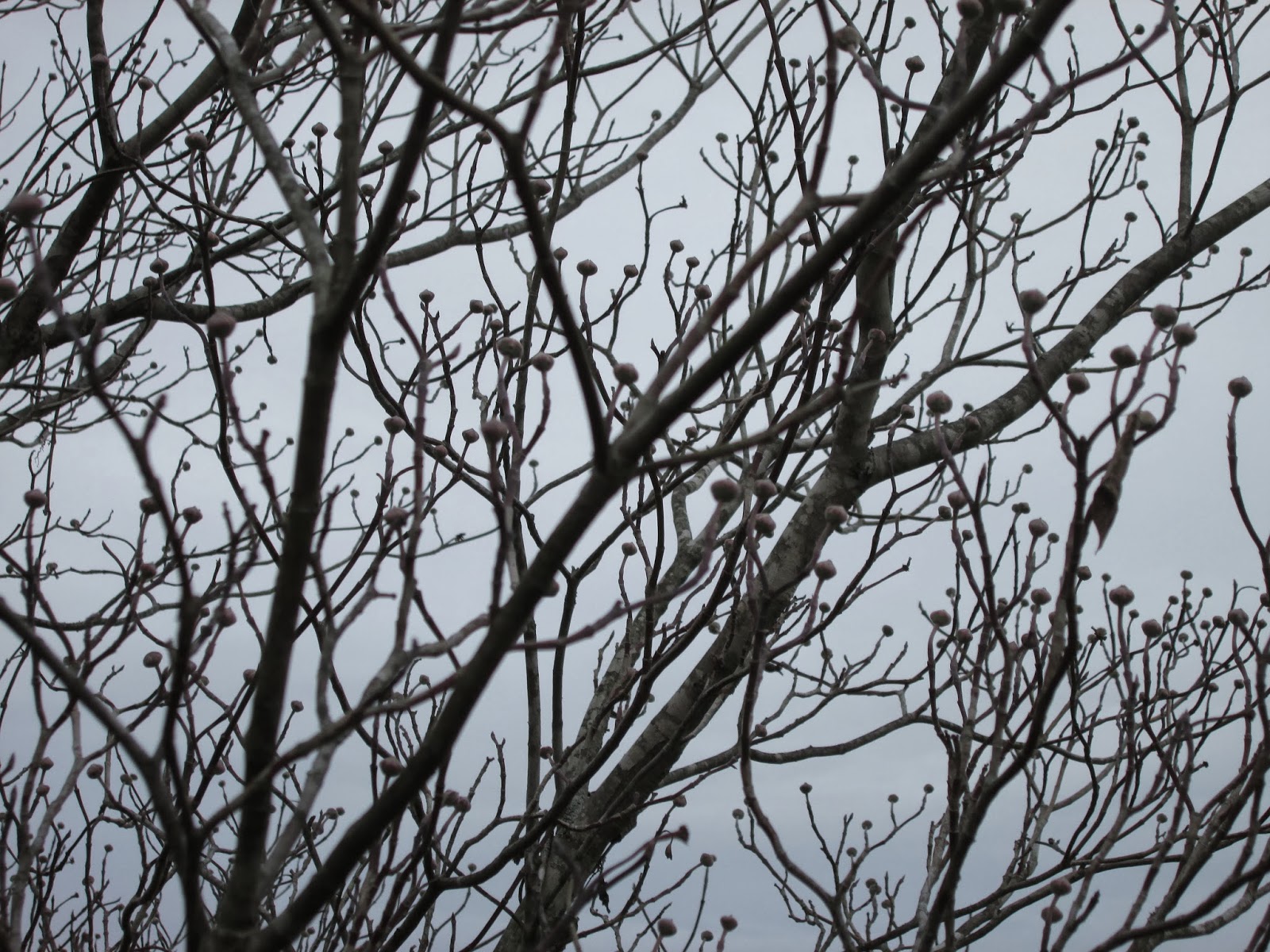 Dogwood twigs against the dark sky.

Sunshine this morning and a frosty bite to the air.
We had errands--I needed to send off a parcel and buy stamps, J. needed items from the auto parts store.
Pebbles was nearly out of grain, so we also stopped at the mill store.
Waiting to pull out into traffic we noted that cars had been slowed by a tractor hauling in a cart load of shelled field corn.
There is still some standing in fields around the county--wet weather having delayed the harvesters.
Home again, I had thoughts of a quick walk along the road or around the edges of the soggy back field.
By the time I had done a few necessary things the sun had disappeared.  All was grey and gloomy.
I went out, but didn't have the heart to walk into the wind.
I foraged about in the lower garden and found Brussels' sprouts to cook for supper, and cut a large head of cabbage. The outer leaves were semi-frozen.  stripping them off I discovered a few green cabbage caterpillars, small and not looking lively. At the base of the cabbage, resting under the outermost leaves was a wooly bear--likewise stunned by the cold. 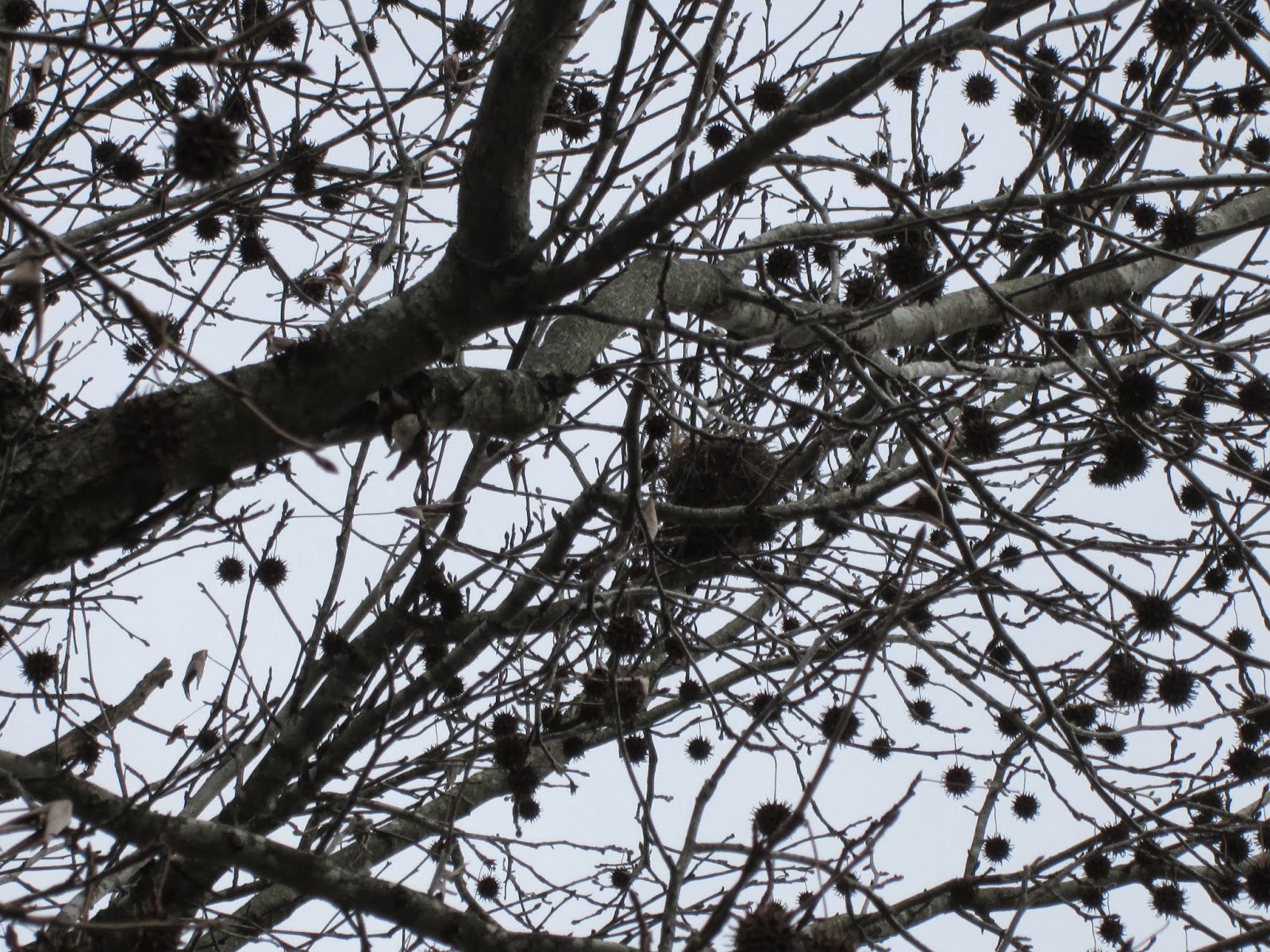 During the summer there were several families of robins bouncing about the dooryard.
I thought they were nesting in the two maples that edge the driveway.
With leaves off the trees I was expecting to see the large sturdy nests there.
Instead I noted one clinging to the high branches of the sweet gum tree. 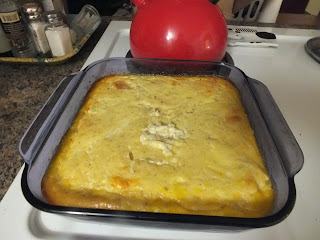 Back inside, to cook the sprouts and warm up spaghetti from yesterday's supper.
Chatting with my sister on Face Book later, she mentioned that she wanted to make a rice pudding.
We discussed recipes until I, too, fancied a rice pudding.
I sweetened mine with maple syrup and added dried cherries and cinnamon.
It is about to become a bedtime snack!