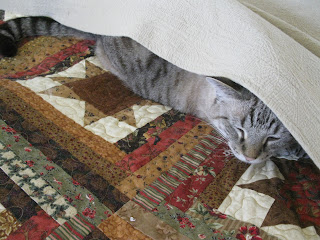 Sunday's weather had predictable effects on our feline residents.
The sun shone and there was a mild warmth in the air which might have been more suitable
for a month ago.
The breeze was lively, stirring fallen leaves into whirlwinds, rattling the nearly bare branches and twigs of the dooryard maples.
The 'silver' maple--the last one to let go of its foliage, gave in to the gusts, and the patter of crinkly yellow leaves sifting to the ground inspired the three kittens to mad dashes and leaps.
Teasel sat in the cat yard for a bit, beneath the brilliance of the 'burning bush". The wind ruffled her fur, whisked up leaves which danced past her face.
Twitchy with that sense of impending storm which seems so well developed in cats, she stalked inside and down the hall to the bedroom.
I happened to walk by just as she was busily raking aside the coverlet which I have spread over my newest quilt.
By the time I could snatch up the camera and focus, she had inserted herself into a make-shift hidey-place. 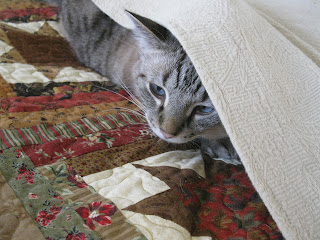 Teasel: "I don't want to 'make nice' for a photo session. The wind is getting on my nerves!" 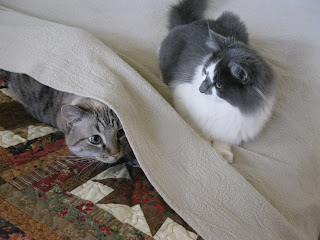 Teasel: "And what is HE doing here?  Little upstart, better mind his business!" 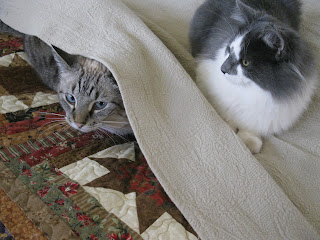 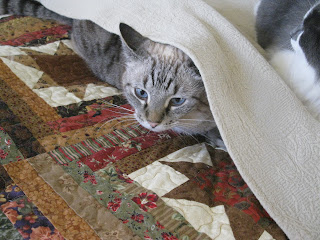 Teasel: "One more second and I'm coming at you with paws flying." 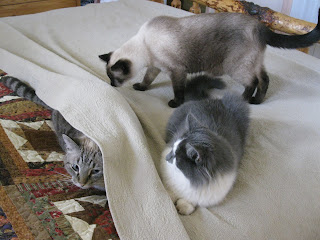 'Oh, for cats' sakes, find somewhere else to be!" 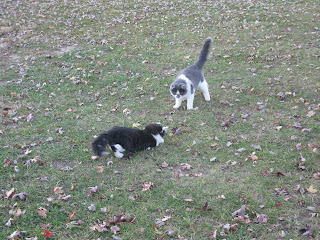 Back outside, Bobby McGee and Nellie pounce on leaves. 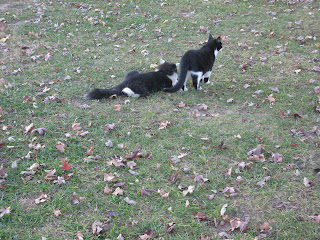 Antsy--we roam the dooryard with heightened awareness, peering at things that might be lurking. 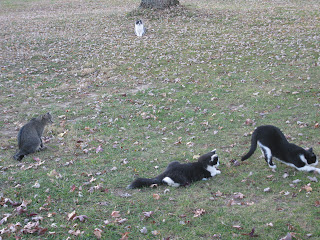 Let's all play chase!
We have huge imaginations. 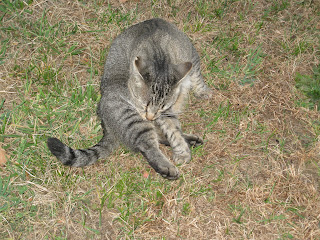 Willis: " A little of this kittenish business goes a long way
There's nothing like a timely wash to settle one's stripes." 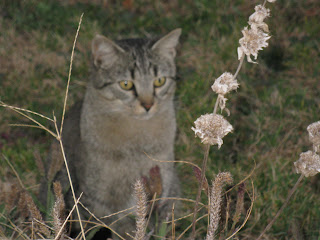 "The humans are ready to go in the house.  I, Willis, can see in the dark and I am on full alert for things that [might] go bump in the night." 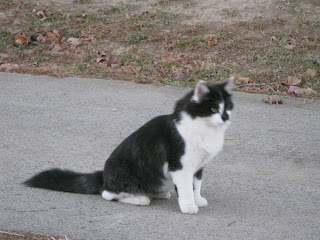 Bobby sits in the driveway, on guard. 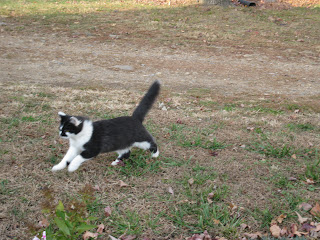 The camera is never fast enough to capture the wild dashes, the mid-air collisions and the
"airs above the ground." 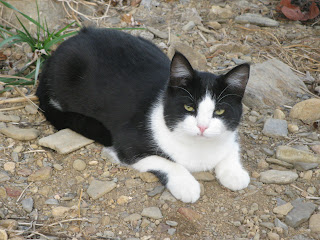 Little Edward has patroled the stoney area behind the garage.
His innocent gaze belies his catly vigilance. 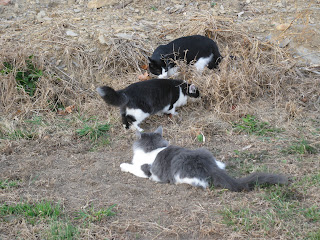 "Mind the ditch! Anything could be hiding there!" 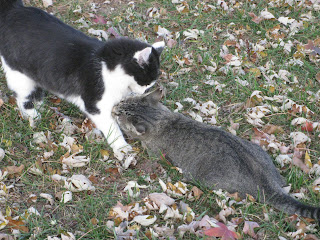 Willis, at three years old, is sleek and muscular, but already the boy kittens are bigger than he is. 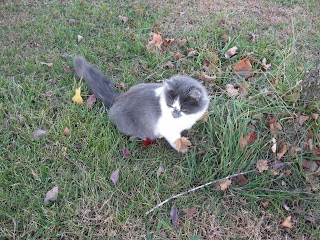 Nellie: "I'm waiting for something to pop out from behind the tree--whatever it is, I'm ready!" 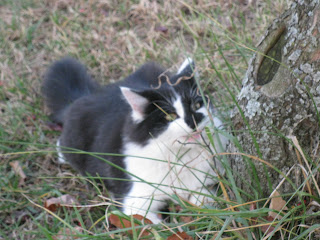 The mysterious creature lurking behind the dogwood is merely brother Bobby! 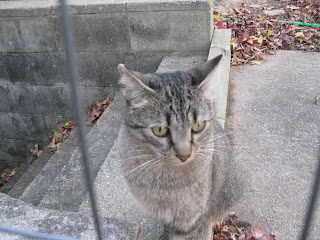 Willis sits on the cement of the bulkhead curbing, a bit disdainful of the antics of the younger generation. 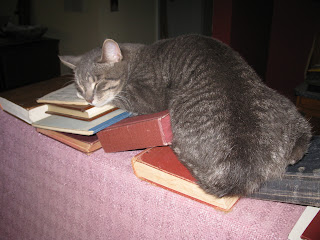 Evening brought the rain predicted by the cats, rain and more wind.
Willow was waiting on the steps this morning with an offering of dead mouse--gone a bit soggy.
The 'boys' rushed in for a better look, but I snatched up the mouse and flushed it down the toilet before it could be torn limb from bloody limb.
Willow has taken over the top of my spinet piano, in spite of the tipple of books which J. placed there hoping to discourage the cats. 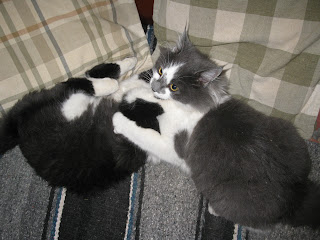 The kittens have all had a trek about the dooryard, coming in with sopping feet and coats glinting with misty rain.
It is good to be near the fire, but we're not ready to sleep away the hours of grey daylight. 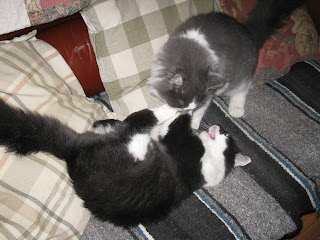 There are no winners--no losers--in these dramatic tussels.
So, time for a nap. 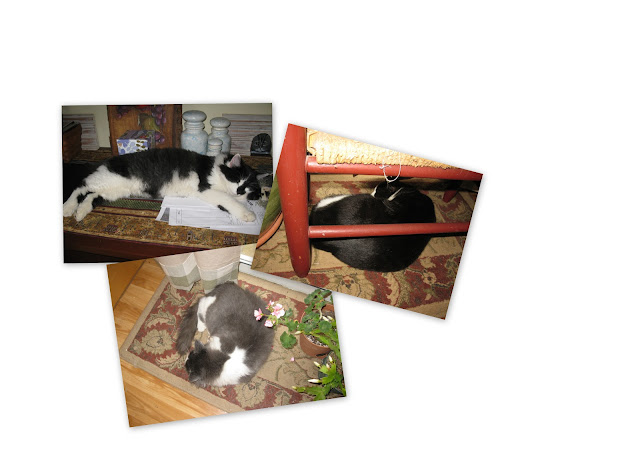 So, time for a nap!
Eventually, everyone decides to take a nap!

Posted by Morning's Minion at 1:55 PM