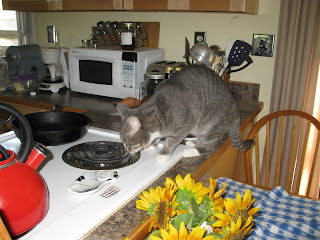 I cut catnip today [nepeta cataria] and placed it on baking trays in the oven with the heat
on its lowest setting.
As soon as the pungent aroma of the drying herb filled the kitchen, my cats began to mill excitedly about.
Willow inhaled the delicious scent, then rolled on the stove top. 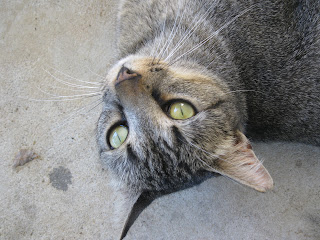 In the carport, fresh stems were offered to Willis and the three boy kittens. 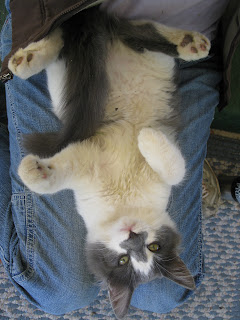 Nellie chewed up several leaves and became very mellow.
G. placed him on her lap where he lolled limply for the next half hour. 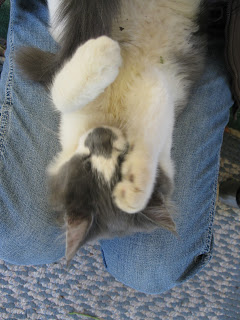 Catnip affects cats in various ways.  Some become excited, beligerant, even.
Others, like Nellie, seem mildly uncoordinated and foolish. 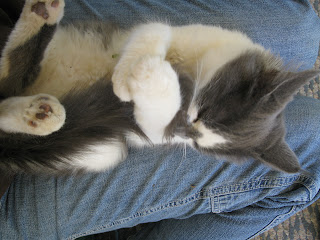 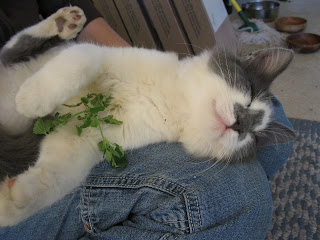 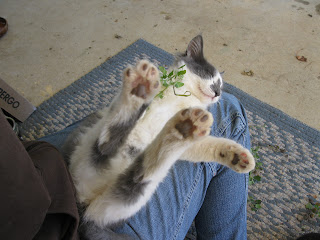 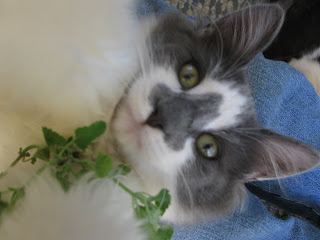 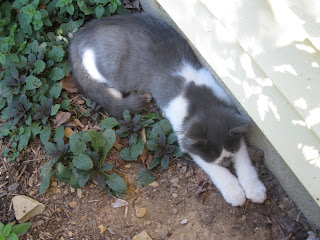 Nellie, recovering in the herb garden. 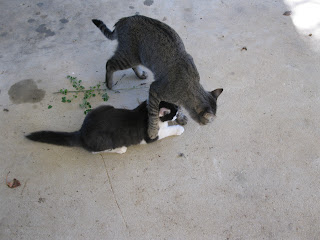 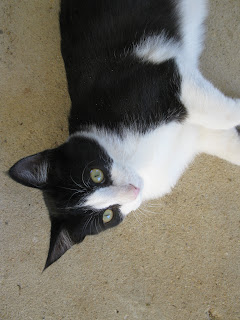 Little Edward, who is rather a quiet kitten, became initially rather frisky after a good wallow in strewed catnip.  He even arm-wrestled with Willis. 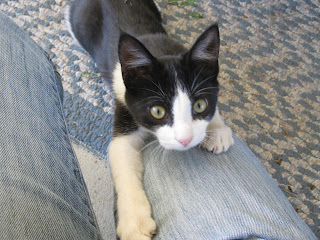 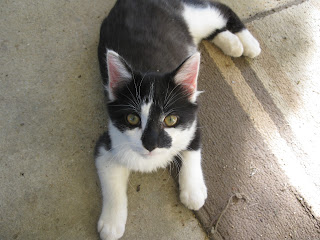 Bobby McGee was full of energy after his catnip treat.  He raced about, chasing bugs and butterflies, before finally crashing in exhaustion. 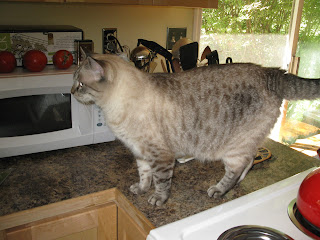 From the 2010 catnip caper:  Teasel searches for the source of the intoxicating scent. 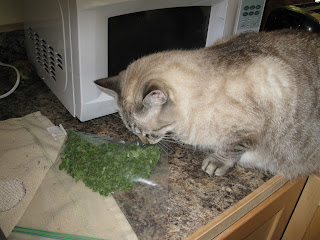 "Now why has Mom sealed it away in a bag?" 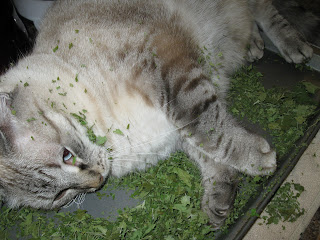 "I need a bit of quiet time. Maybe I've had a bit too much catnip!"