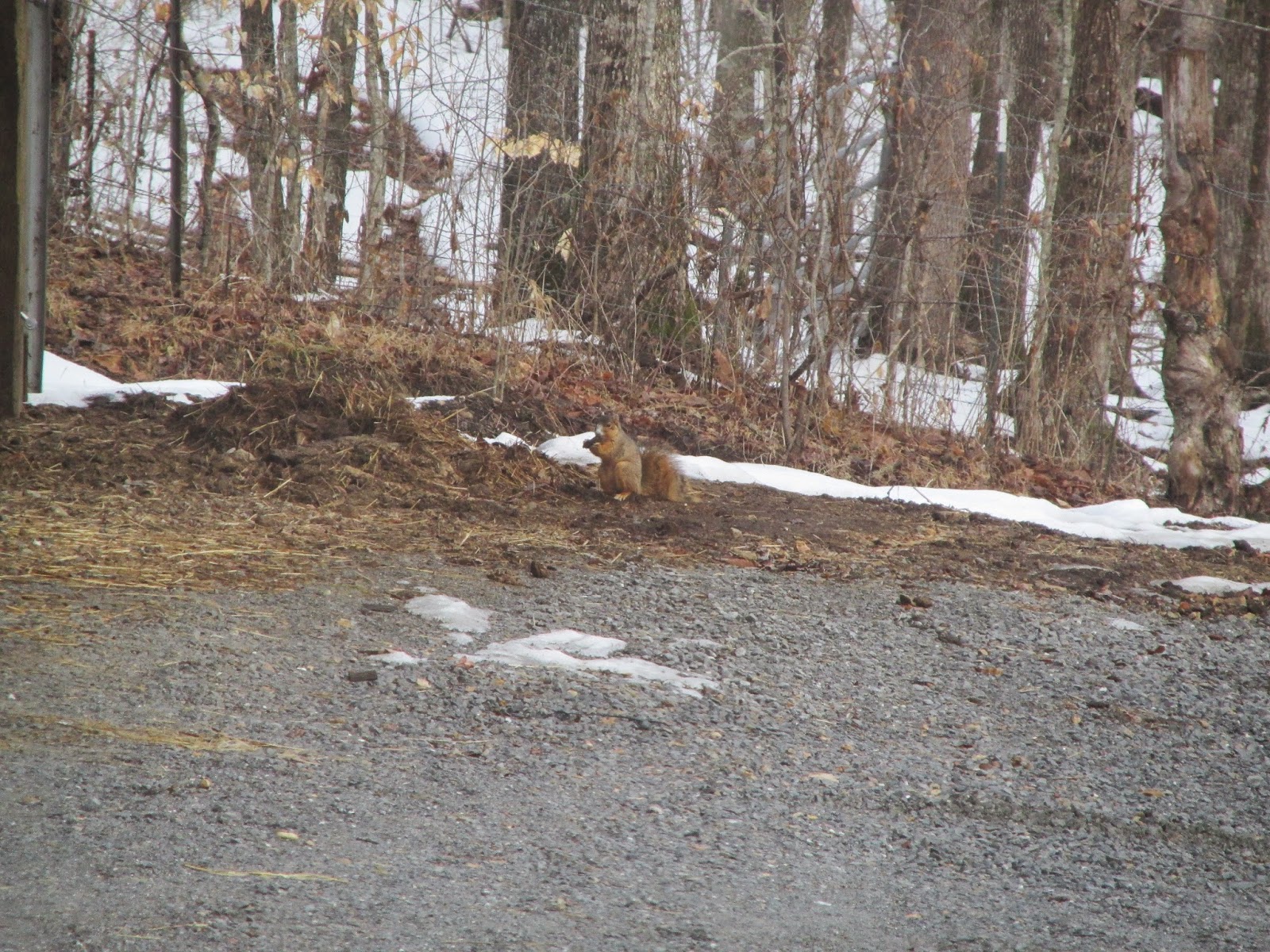 Who knew there was such a creature?
When we first spied our visitor during the first weeks at the farm, we noted the billowing rufus tail and realized this was not a common grey or red squirrel.
In spite of his robust size, he obviously was not a fox.
A friend assured us that we have in residence a fox squirrel.
[He also cautioned us that fox squirrels don't make good eating--not that we had any such intentions!] 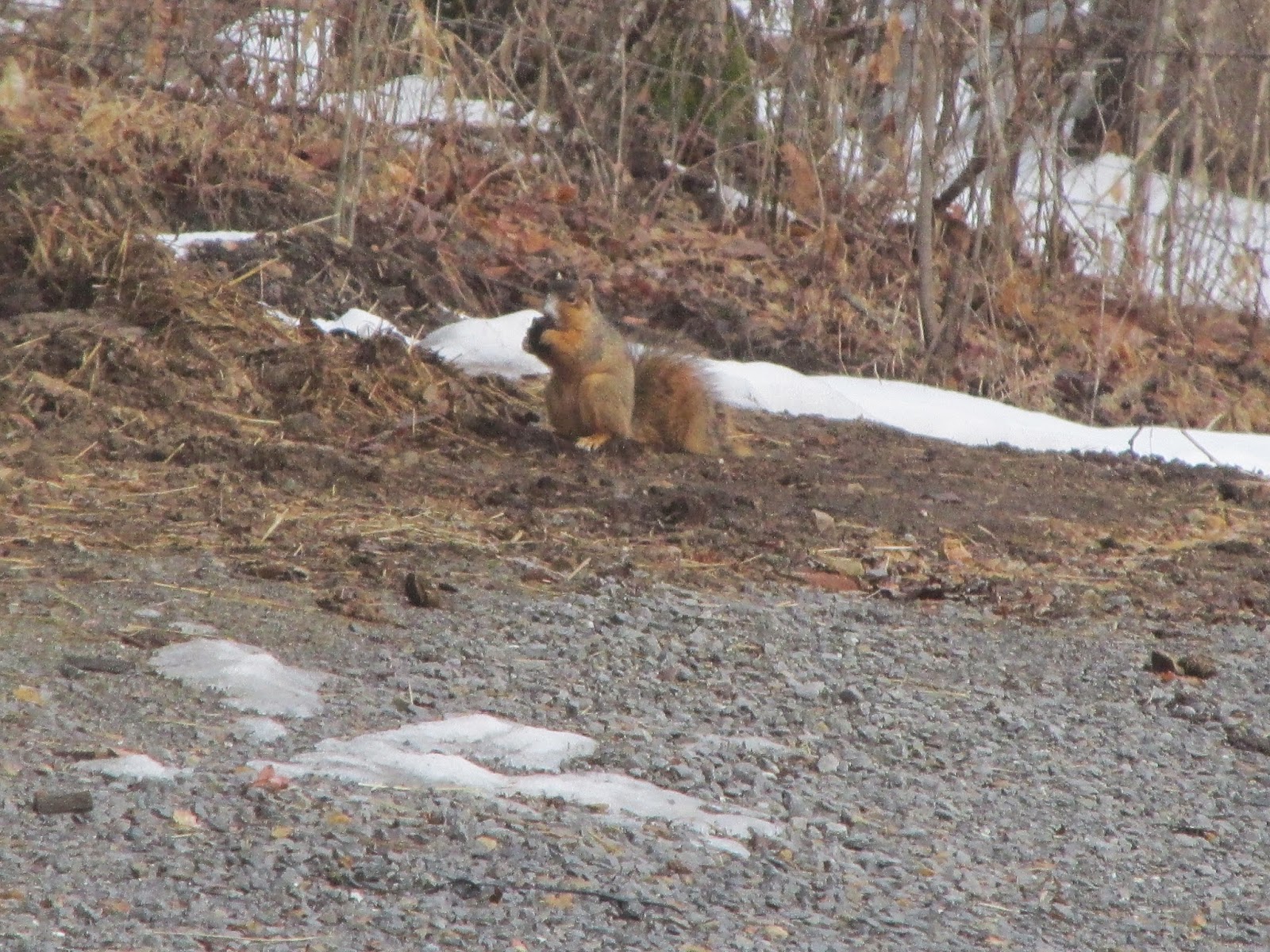 Fox squirrels are apparently fairly common in our area, sustained by the abundance of oak and walnut trees. The steep ridges rising to east and west behind the farm house are a perfect habitat.
We have seen the fox squirrel several times.
No matter how quietly I let myself out of the house, camera at the ready, he senses my presence and goes bounding deeper into the woods, his plume of a tail marking his passage, although the rest of his body blends into the carpet of dead leaves.
These photos were taken with the zoom--after I cautiously exited the house from the front door and crept to the back of the building, slipping out from the corner and getting these shots before the creature sensed that I was watching.
Note the blaze of white on his face; I'm told this is an indication of a mature squirrel.
Some may have black streaks on their heads or backs. 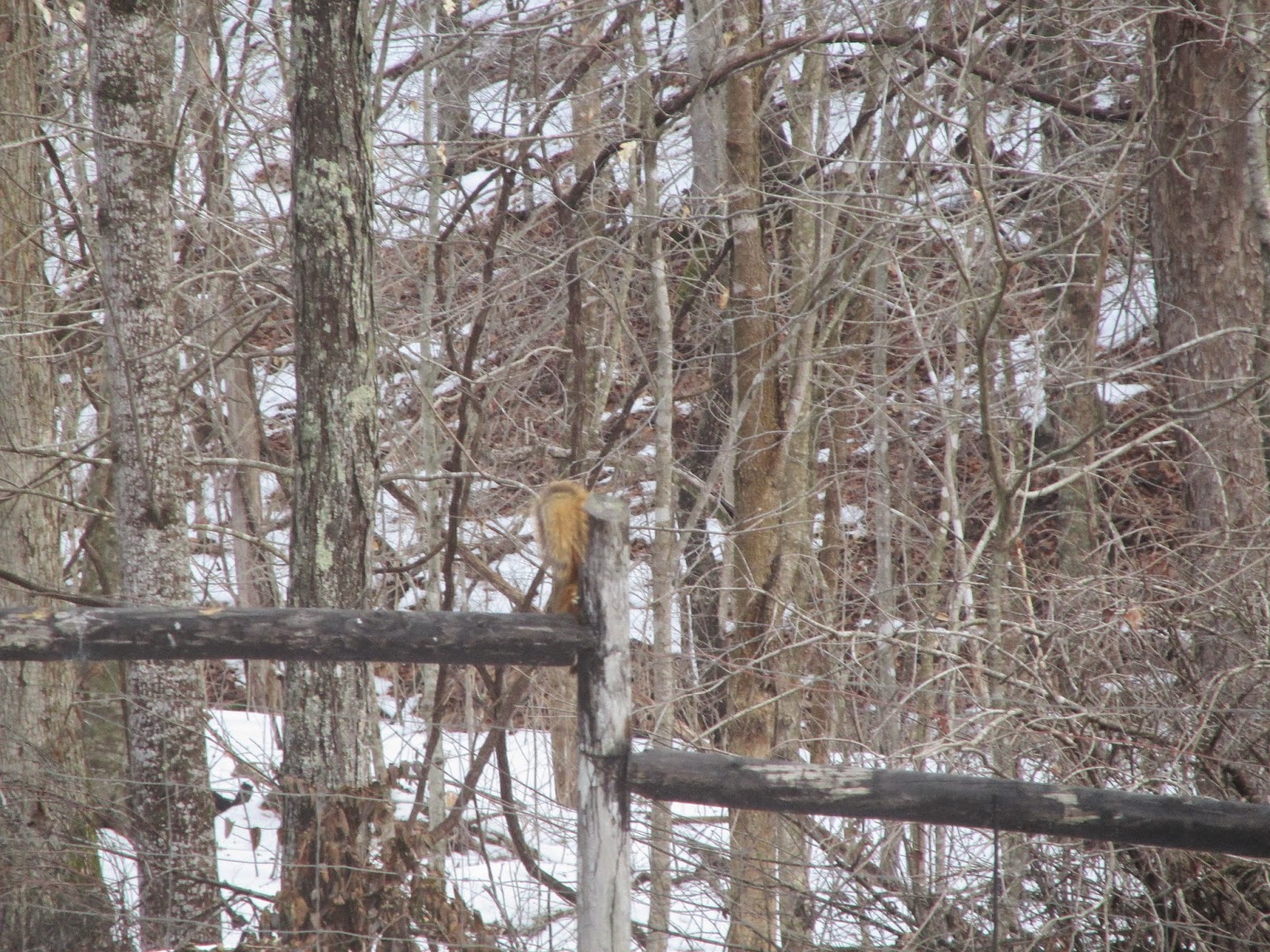 Only the tail is visible as the squirrel scurries down the fence post.
[Why am I assuming this is a "he?"]
I hope his wariness and agility keep him safe from the interests of the barn cats!