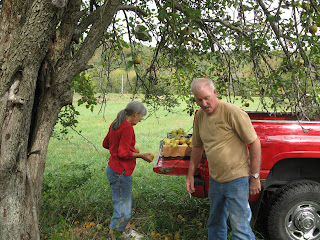 Rather a typical day for the time of year--a morning with fog rising in filmy swaths from Big Creek, then burning away as a gentle sun. gained the ascendency.
I sat on the porch with Little Edward the Kitten cuddled beside me, absorbing the difference in sounds and texture between this autumn day and one in spring.
At first I thought, "How quiet it is", but as I settled to watch and listen I realized that, like the colors of autumn--the emerging golds, russets, hints of burnished orange--the sounds of birds are merely muted.
Several bluebirds teetered on the power line, serene, with the frenzy of mating and nest-building behind for another year.
Even the mockingbirds had little to say as they flitted from the lantern post--to the goat willow tree--to the maple--and back around.
Three crows flew overhead--and crows are seldom silent. They carried on a desultory hollering as they passed slowly by.
The branches of the centenarian pear tree were burdened with fruit--rough yellow-green shapes
demanding to be picked.
More of them had fallen and were lodged in the pasture grass--many show a large 'bite' taken out; others have become a feast for wasps with incredibly long yellow and black bodies.
I think the photos tell the story--I'm needed in the kitchen.
One canner full of bottled pears is boiling furiously, more are simmering in light sugar-syrup, ready to be poked into the line-up of glass jars.
The floor between back door, range and the living room where J. is peeling pears, is becoming a
trail of stickiness.
We will rejoice in this bounty come winter! 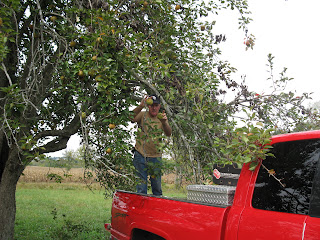 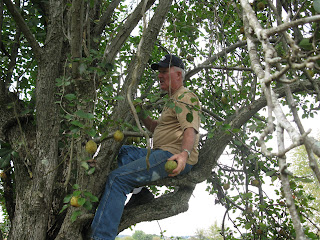 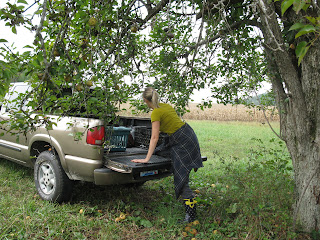 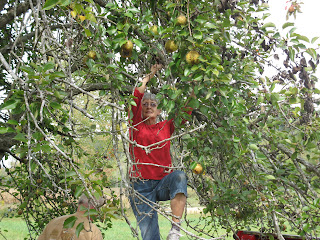 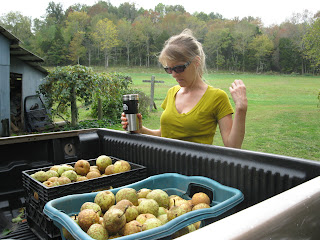 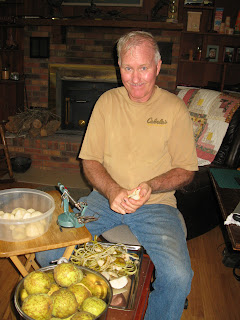 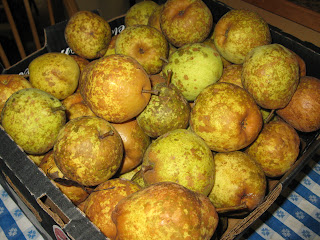 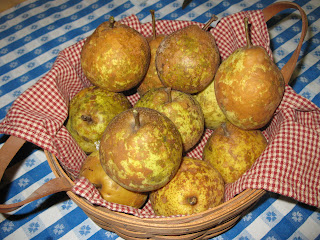 Posted by Morning's Minion at 6:51 PM